Tripawds Supporter sites have no ads!
Skip to content

Tripawds is a user-supported community. Thank you for your support!

Hello, my name is Kareen, my family and I have been fostering rescue dogs for sometime now, along with our three resident dogs we’ve been privileged enough to alter the lives of abandoned, beaten and abused dogs and watch them go onto to wonderful families where they’ve known the love and care every animal deserves…. Dudley came in as a foster…… And stayed….

Here’s his story…… So far

born on the 17th May 2019, unlike some of our foster pups Dudley didn’t come from terrible conditions, he came from a hobby breeder, who faced with a pup with a deformed wrist didn’t know what to do, she couldn’t sell him and she didn’t want to spend money on treatment knowing she’d not recoup it so the only options she saw was to give him away for free (always a gamble) or euthanasia. Luckily he came to the attention of a small local rescue, dogs are always put with foster carers never in kennels and although they often run on fumes with huge vet and care bills no animal is refused and the very best treatment is always given even when that means funding surgeries and/or specialist treatments through raffles/donations/blood sweat & tears. I’m often asked if Dudley’s leg could have been saved, if it could it would have been, the rescue took the best advice available and every vet agreed that his leg was causing him a great deal of pain and that no corrective surgery could even be attempted till he was at least 18 months, at that point it would mean another 16 months of discomfort & pain meds just to get to a surgery with only a small chance of success and if it failed he would still need the amputation. On balance doing the amputation at such a young age meant adjusting to life on three legs was so much easier and he was instantly getting rid of the thing that was causing him nothing but pain, so at ten weeks old he underwent amputation surgery, I went with the wonderful tireless woman who runs the rescue to collect him that evening, honestly I was lost that night as I cradled him on the way home. He was destined at that moment to become my first failed foster and when the rest of the family laid eyes on him it was a done deal, a couple of weeks later we formally adopted him. And now we’re committed to giving him not just a loving home but a wonderful, active, amazing life full of adventure & mischief… 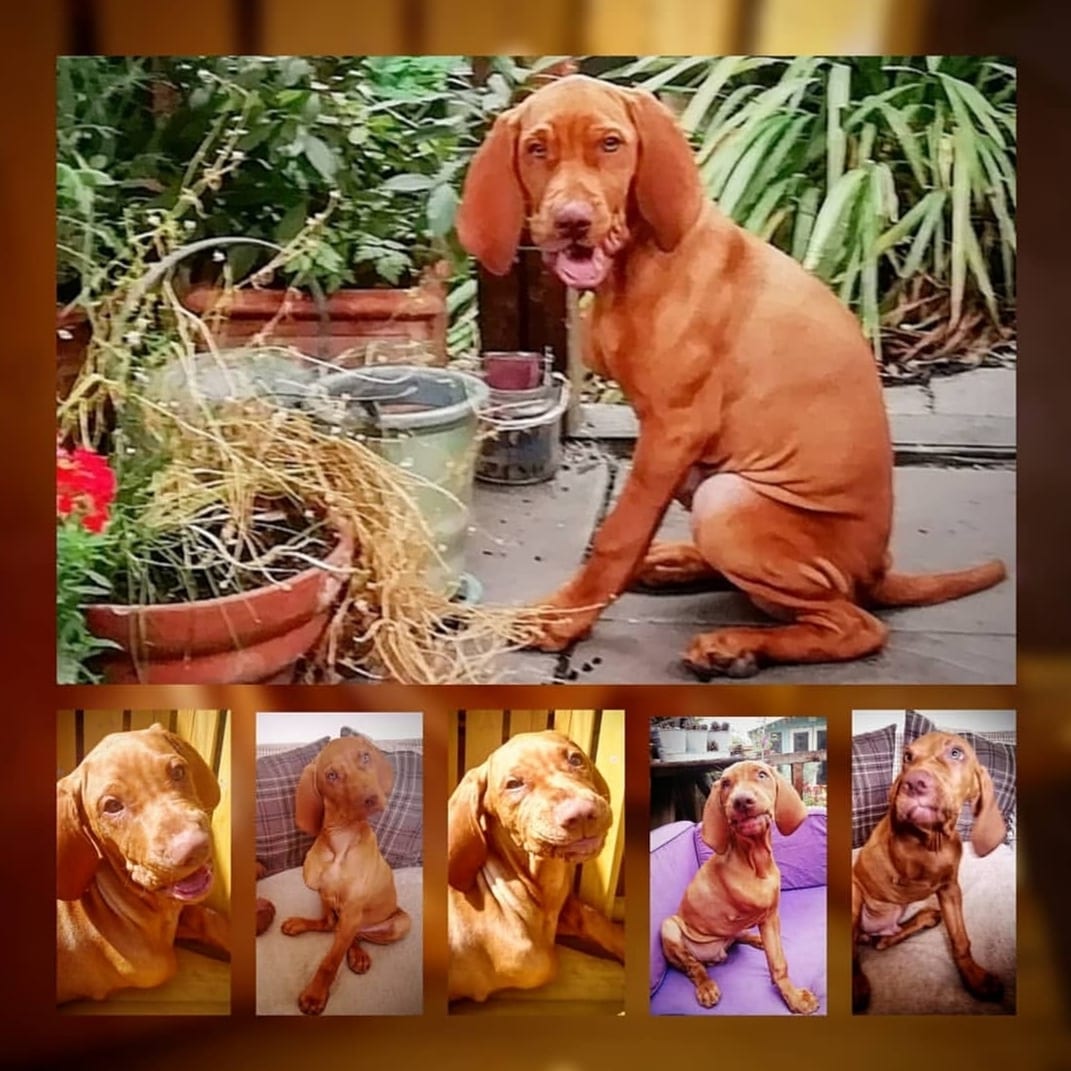 To remove ads from your site and others, upgrade to a Tripawds Supporter blog!

2 thoughts on “May I introduce Dudley”

This site uses Akismet to reduce spam. Learn how your comment data is processed.

About Your Tripawds Blog:

New Tripawds Bloggers: Please review your default first blog post for help getting started with your blog or review the Help Videos in your dashboard. Edit these widgets from your Appearance settings to remove this notice, upload a custom header photo, or choose from 130+ themes, and much more!

Dudley the Tripawd Vizsla is brought to you by Tripawds.
HOME » NEWS » BLOGS » FORUMS » CHAT » YOUR PRIVACY » RANDOM BLOG


Tripawds Supporter sites have no ads!